www.beevt.com
The world’s population is expected to reach 9 billion people by the year 2050, placing extreme pressure on agriculture practices to create enough food in a sustainable manner (United Nations, 2013). BVT Inc. is taking many steps in the right direction to reduce the amount of pesticides used in oilseed and vegetable production (Bee Vectoring Technology, 2015).
​
What is Bee Vectoring Technology? 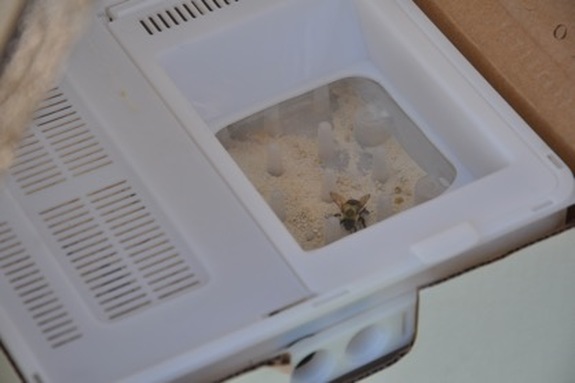 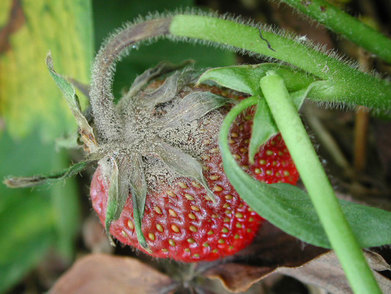 www.beevt.com
Contained in BVT’s Vectorpak, a biocontrol BVT-CR7 (Bee Vectoring Technology 2015). BVT-CR7 is a powdered form of an organic strain of a fungus that is commonly found in nature, Clonostachys rosea (Bee Vectoring Technology).  Clonostachys rosea (C. rosea) can be used as a pesticide to fight against grey mold, a common disease in fruits cause by Botrytis cinera, that can result in loses of 50% (Jarvis, 1962). This disease has been a serious pathogen threatening soft fruit since 1914 (Jarvis, 1962). In many plants, the fungus infects the floral organs, invading the fruit through the stamen and/or stigma (Yu et al, 1997).  This results in the most damage being done to the plant during flowering (Cota et al, 2008). The signs of Botrytis are not apparent until ripening, where it covers the fruit in a grey, fuzzy, mold (Cota et al, 2008). This has caused growers to adopt a calendar spraying system, where they spray for diseases or pests often, regardless of if the pest or disease is present (Bee Vectoring Technology, 2015). C.rosea targets the grey mold directly, suppressing sporulation on the reproductive organs of the plant, and growing to fill the gap where the fungus might grow (Kapongo et al, 2008). Within hours of application, the C.rosea spores germinate and form a barrier between superficial plant cells (Bee Vectoring Technology, 2015). Any spores that fall off, or don’t make it to the flower, germinate and have the same effect on the leaves (Bee Vectoring Technology, 2015). 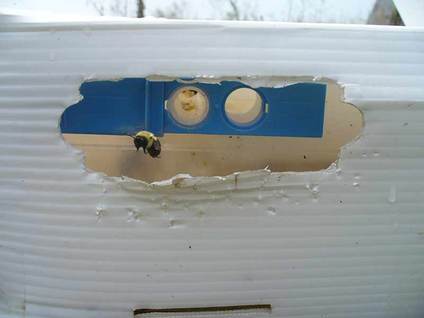 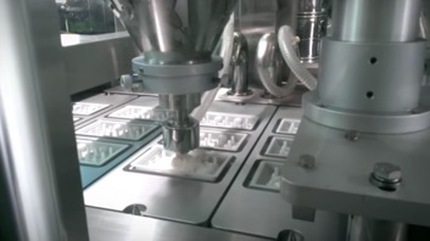 Benefits to CanadaThough there are only about 6 people employed at the facility in Mississauga at the moment, the company has tremendous potential to expand. At their new state of the art facility in Mississauga, many scientists, researchers, and other employees will be hired as the company grows to make and research the product (Bee Vectoring Technology, 2015). The Canadian company will be able to produce $100 million of BVT products in a year (Canada NewsWire, 2015). In 6 months BVT raised $4.2 million to go toward the new facility, sales, and marketing (Canada NewsWire, 2015). Also, the production of this product would benefit the transportation industry (ie. Trucking). With the Vectorpak needing to be replaced every few days in the flowering season, the company will need to be continuously making the product, as well as the trucking would need to be transporting the product. Additionally, this would contribute to Canada’s GDP and support domestic production of products.