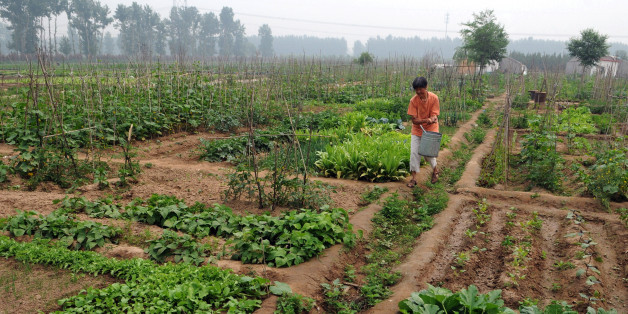 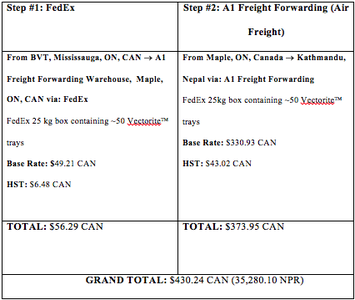 Vegetable production in Nepal has rapidly increased over the last 10 years, using 7.3% of the total land, accounting for about 14% of the country’s GDP (USAID, 2011). In the last decade, some farmers have started to move away from the staple crops, such as rice, maize, etc (SAMARTH, 2015). Horticulture crops have become an important and popular aspect to Nepalese agriculture not only benefiting the commercial farmer but also low-income citizens (Ghimire et al, 2013). Approximately 69% of all households in Nepal are involved in vegetable production, however, the majority are small production, growing on less than 0.5 hectares (SAMARTH, 2015). The major off-season crops in Nepal are cauliflower, tomatoes, cucumber, cowpeas, etc which are grown in the terai and hills region (Ghimire et al, 2013). The terai region produces and sells the most vegetables, though the hill region vegetables are more profitable because they’re grown in the off season (Ghimire et al, 2013). The high nutritional value of vegetables is very beneficial to human health but they are not consumed as much in Nepal because of the imperfections in production, and cost (Singh et al, 2013). A large portion of the vegetables produced are transported to cities and towns such as Kathmandu, where there is a large market (SAMARTH, 2015).

Pesticide use in Nepal is a major concern for human health and the environment (Tiwari et al, 2008). Many pesticides that are older and more toxic are still being used in developing countries, Nepal included (Atreya, 2007). A current priority to Nepal is to find a new way to get the pesticides to the plant in an environmentally friendly manner (Palikhe, 2002). Many farmers know of the environmental and health impacts but continue to heavily apply pesticides to their crops (Tiwari et al, 2008). Around 35% of crops in Nepal are damaged or lost because of pests and storage means, which causes Nepalese farmers to result to the excessive use of pesticides (Palikhe, 2002). Vegetable production is known to a use the most pesticides when compared to the other crops (Bhatta et al, 2010), with many studies have shown how the vegetable industry is indiscriminate in its pesticide use (Tiwari et al, 2008). As the intensification of production increased, pests and diseases did as well resulting in the need for larger quantities of sprays (Bhatta et al, 2010), with only 50% of chemicals applied making it to the target (Ranga Rao et al, 2009). Pesticides that are applied heavily or inaccurately can result in pest resistance, increase water, air, and soil pollution, and also cause carcinogenic effects on human health (Palikhe, 2002). The effects on human health through the consumption of these vegetables and crops have been researched, finding that the direct and indirect exposure leads to pesticide residues in milk and blood (Ranga Rao et al, 2009). With pesticide consumption increasing by 10-20% each year, and vegetable production becoming a more prominent industry, Nepal is going to be seeing major environmental and health impacts (Diwakar et al, 2008).

How BVT Can Help

i)   Decrease Pesticide Use
​
Bee Vectoring Technology has the potential to help greatly reduce the amount of pesticides used as well as deliver the pesticides in a more targeted, efficient manner. In Nepal, 35% of crops are damaged or lost because of pests and storage means, causing farmers feel the need to apply a larger amount of pesticides on the crop (Palikhe, 2002). The use of bee vectoring technology has been tested and shown to increase crop quality and yields by >10% (Bee Vectoring Technology, 2015). This would decrease the amount of produce grown in Nepal, allowing for a greater income to Nepalese farmers. The BVT system uses 0.5 kg per acre per season, compared to the 7.5kg of chemicals in traditional methods (Bee Vectoring Technology, 2015).

In tomatoes, for example, studies have shown that consumers are more willing to pay 10% more for pesticide-free tomatoes, which would benefit Nepalese farmers if they had a means of growing pesticide-free crops (Bhatta et al, 2009). The use of the BVT system organically uses bees to continuously apply the inoculant to the flower throughout the who flowering season, only transporting a small dose at a time to get decrease the amount of waste (Bee Vectoring Technology, 2015). Many diseases that target crops, cause the plants to not show physical signs until it is too late (Bee Vectoring Technology, 2015). A study by Kapongo et al (2008) was conducted to evaluate the success of bee vectoring, and found that the C. rosea inoculant was found in 82% of the tomato plants tested. Tomatoes being one of the most popular off-season crops being grown in Nepal, could potentially benefit from this technology, similar to Kapongo’s (2008) findings.

The product does not require refrigeration unless it is anticipated that the package will reach very warm temperatures. In which case, cool packs would be sent. Overall, the trip would take about 5-7 business days. Once the product got to Kathmandu, Nepal, it would then be picked up by either a member of the community or Trans Nepal Freight Services Pvt. LTD to be taken to a community or co-op.

This product could be very beneficial to vegetable farmers, as well as other crop producers in Nepal. Though vegetable farming in large amounts for market only take up 18% of total vegetable producers, the product would promote changes to the large producers that use a tremendous amount of pesticides (SAMARTH, 2015). Many vegetable farmers only have about 0.5 ha of land that is used for vegetable production (SAMARTH, 2015). There is a service set up in Nepal called the payment for ecosystem services (Khanal et al, 2013). This program is designed to help farmers that support and practice sustainable agricultural practices, by providing them incentives (Khanal et al, 2013). Of the farmers that are aware of the hazards of pesticides, 80% are willing to pay the contribute toward PES (Bhatta et al, 2010).   This program promotes sustainable agricultural practices, specifically through decreased pesticide use (Bhatte et al, 2010). There is potential for BVT to become a contributing method that helps promote less pesticide use in vegetable production.

To market the product, since it is still an up and coming technology, there could be trials done in Nepal to show farmers how the product works, and that it can work better than their current methods (Bee Vectoring Technology, 2015). This could benefit the company itself in developing their product to different ecosystems, and also Nepalese farmers, giving them a method of decreased pesticide use. Larger vegetable producers should be marketed to first, conducting trials or purchasing the product. Pesticides were first introduced to Nepal in small amounts, and when people saw the effects, pesticides became a widely used product (Diwakar, 2008). By bringing Bee Vectoring Technology into Nepal, it will reduce the amount of pesticides used, thus reducing the environmental impact, and reducing health risks (Bee Vectoring Technology, 2015). The introduction the product through running trials it will educate and introduce the idea to Nepalese farmers, without having to have a salesman going door to door to support the product.

The only competitor with Bee Vectoring Technologies Inc. is Biobest’s Flying Doctor (personal communication, November 28, 2016). This product does the same thing as BVT’s dispenser system, using bees to deliver a bio pesticide directly to crops (Biobest, n.d). The company based out of Belgium supplies not only the dispenser system but also the bees themselves (Biobest, n.d). Biobest has been in the bee business for 25 years, and have developed many different methods for pest control (Biobest, n.d). There was no price displayed for the Biobest product either, because of the many factors that go into the total price. This company has been in the bee business a long time and has a presence on the bio pesticide stage (Biobest, n.d).

As BVT continues to grow and establish as a company, it will become more suitable for export to Nepal. Unless there are trials done in Nepal to show the producers the benefits, and educate them on the product and method itself, it is unlikely that the product would ever take off in Nepal. In Nepal 55% of the population is below the poverty line, earning as little as $1.25 a day (Singh et al, 2013). This product, though the cost is unknown, may be too expensive for a vegetable producer in Nepal. Lastly, the documentation required to send the BVT dispenser system to Nepal needs to be researched further as BVT continues to gain patents in other countries.